On American Business Women’s Day, we salute the remarkable women who have shaped Pentacle, and continue to lead the Performing Arts field today. Mara Greenberg, former Director of Pentacle, earned an MBA at NYU’s Stern School of Business in the mid-70s, while also working as a dancer and a secretary for a management company run by Richard Brown. Despite being wooed with multiple job offers from big corporations and Wall Street firms, she decided to take the position of Director of Finance at the newly formed Pentacle in 1977, and shortly after that she became co-Director of Pentacle with Ivan Sygoda. After 40+ years of prudently managing Pentacle’s operations and leading the organization, Mara passed the baton to Clarissa Soto Josephs in July 2021. Mara continues to use her business expertise for Pentacle as its Comptroller, and provides mentorship for Pentacle artists in the Cash Advance program. Felicia Rosenfeld, former co-Director of Pentacle, started out as an intern at Pentacle in 1983, and worked as a Public Relations Coordinator for artists in the 1980s before leaving to earn her law degree and start a family. Years later, she was ready for a break from the legal profession, and came back to Pentacle in 2002 to relaunch Pentacle’s Education and Outreach programs. Under her leadership, she transformed the in-school program into a unique offering for students to learn about all the aspects of arts production, both on and off the stage, with a focus on mentorship and career development. This became the model for all of Pentacle’s E&O and Career Development programs to come. Later, Felicia went on to spearhead more initiatives, including the expansion of Pentacle’s Help Desk to California and nationally, as well as the Back Office program and Home Grown. Elements of these initiatives live on in our current ASP and Cash Advance programs. Today, Felicia, through FARconnector, mentors arts executives and artists in building infrastructure and realizing goals, and in 2020, she created deft (Designed Executive Fellowship Team), a fellowship nurturing a generation of arts executives working side by side with artistic partners. Sophie Myrtil-McCourty, former Director of Booking at Pentacle, moved from Paris, France with a degree in translation and interpretation, and joined the staff of Pentacle in 2000 as the Administrator of its Help Desk initiative. After four years working with dance companies in Help Desk and booking others on the side, she joined Pentacle’s booking department in 2004. Through her diligence, hard work, and incredible salesmanship, Sophie built one of Pentacle’s most successful Touring Rosters and also advanced diversity and equitable representation in the dance field. She served as Pentacle’s Director of Booking from 2008-2014, before starting her own management company Lotus Arts Management, which she continues to run today. 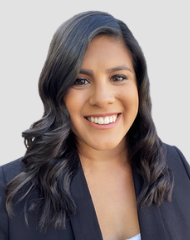 Clarissa Soto Josephs, Executive Director of Pentacle, started out as a fiscal associate in 2011. After the sudden departure of a staff member, she stepped in to run the internship program, Cultivating Leadership in Dance, only a year out of college herself. Following in Mara’s footsteps, she earned her MBA from Quinnipiac University in 2016, and became Pentacle’s Director of Programs the same year. Clarissa has always been passionate about both dance and entrepreneurship. While working for Pentacle, she also started two businesses, a dog-walking business with her husband, and a travel agency! She also served on the board of Groove With Me in East Harlem, where she taught free dance classes to underserved girls, and helped bring about Groove With Me’s partnership with Pentacle as its inaugural Community Program. As a first generation Latina with Peruvian indigenous roots, she is very conscious of the struggles of BIPOC women to attain leadership roles in the arts. Her story is an inspiration for the next generation of women arts entrepreneurs and those breaking boundaries to achieve their dreams.